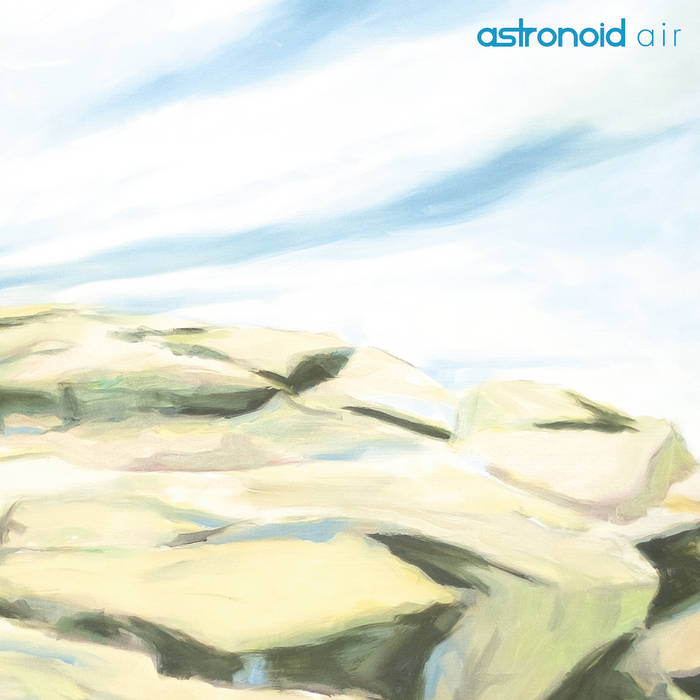 It’s been awhile, and perhaps this can be attributed to a lack of spectacular music. There’s been good, and there’s been okay. And of course there’s been bad but we try not to dwell on what the corporate overlords tell radio stations to play because focus groups said this is what music should be.

A good friend is someone who understands what music moves you. Sometimes they recommend the right music at the right moment. I’m lucky to have such a good friend. Finding this album may have culminated the perfect end of summer and the great beginning of new things.

Hailing from New England, the band Astronoid seems to be a huge melange of genre defying music. The first impression is uplifitng metal, inspirational almost to the point of being called, dare-we-say, epic? But after a few seconds in, it’s easy to see there is more to it than simple, tropey metal. So much more. Almost a music sandwich made of inspirational post hardcore, black metal, and math rock, between two slices of guitar wizardry and a slice of emo-core on the side just for good measure.

The first, most notable thing about this album is the soaring guitars - by far pushed to the front, not as an assault, like some black metal, but more as a wave for the listener to ride on, to get to the other parts. Astronoid seems to focus less on the noodly, mathrock bits and stick to holding a consistent rhythm, pushing the melody forward as a part of the solid beats being laid by a very skilled drummer and locked tight with bass lines holding the bottom end of the melody together. Then there are the vocals - almost a secondary player, but still locked into what the instruments are proselytizing as an experience of sound.

It’s hard to pick out stand out tracks here - they are all amazing. The starting tune, “Incandescent” works as an amazing intro for anyone uninitiated to this sound. Once initiated, however, it’s easy to fall in love with songs like “Tin Foil Hat” and the title track. Then comes “Trail of Sulfur” a song of lament that leaves one lamenting for the end of the album and ready to start at the beginning again!

Air is the first full-length from Astronoid and we can only hope it is the first in a long line of great albums.

A place to ponder...and pander